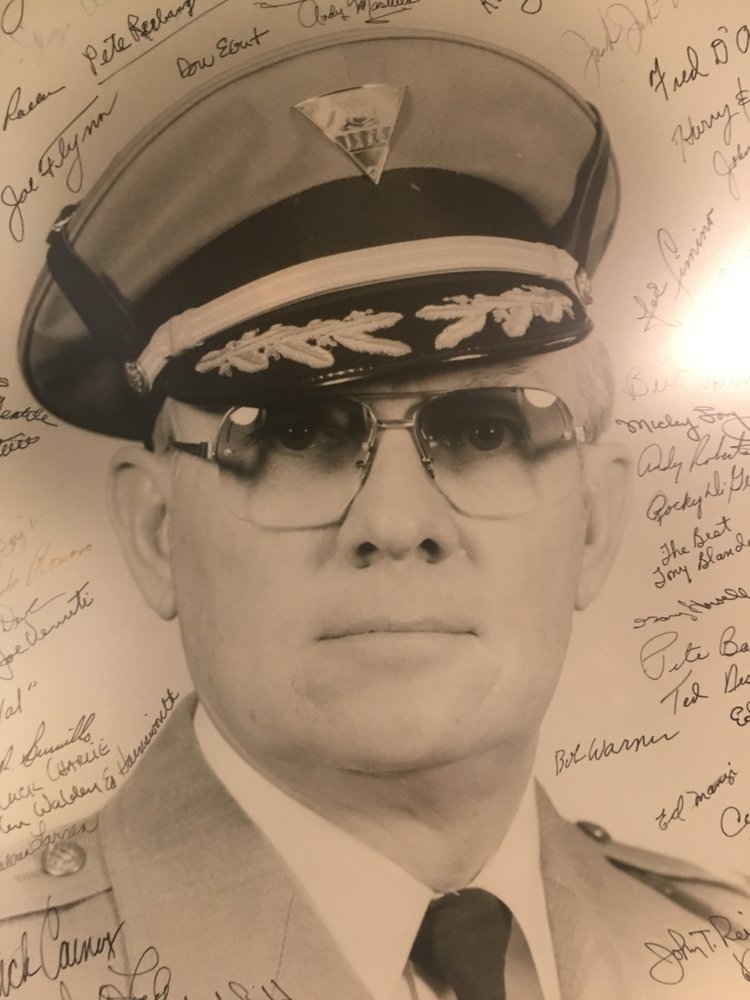 Please share a memory of Charles to include in a keepsake book for family and friends.
View Tribute Book

1932-2017 Charles F Farrell, “Chuck” “Charlie” of Berlin, NJ born in Trenton, passed away peacefully in his home in Berlin Twp on May 7, 2017. He is the son of the late Clarence C. and Eleanor (nee Smith) Farrell and brother of the late Clarence Farrell. Charlie grew up in Ewing Twp, NJ. and upon graduating high school he enlisted with he US Marine Corp.

Charlie lived a life of service as a United States Marine Corp Sergeant, with 2d Ordnance Battalion, 2d Marine Division, Fleet Marine Force. He then became a New Jersey State Trooper and retired in 1987 as Captain of the New Jersey State Police. On October 7, 1977 he married his “Sweetie”, Marie C. Farrell who predeceased him, in 1997, almost 20 years to the day of his passing.

Charlie is survived by his devoted daughter, Pamela M. Small and her husband Rick “Lukie”, also by his son, Charles D. Farrell. He also joins in Heaven his daughter Darlene K. Spirit and granddaughter Angela M. Spirit. He was the loving grandfather to Chad (Tanya) Blair of Los Angeles, CA and Alisa (Bill) Underwood of Denville, NJ. He has 7 great grandchildren.

Join the family in celebrating his life on Tuesday, May 16, 2017 at Knight Funeral Home, 14 Rich Ave, Berlin, NJ. Visitation will begin at 9:30am -11:00am, Funeral Service with Military Honors will begin promptly at 11:00am followed by interment at the Berlin Cemetery, 40 Clementon Rd, Berlin.  In lieu of flowers, donations in Charlie’s memory, may be made to the NJ Former Troopers Heritage Foundation, Inc. P.O. Box 7852, West Trenton, NJ 08628.

To send flowers to the family or plant a tree in memory of Charles Farrell, please visit Tribute Store
Tuesday
16
May

Share Your Memory of
Charles
Upload Your Memory View All Memories
Be the first to upload a memory!
Share A Memory
Send Flowers
Plant a Tree