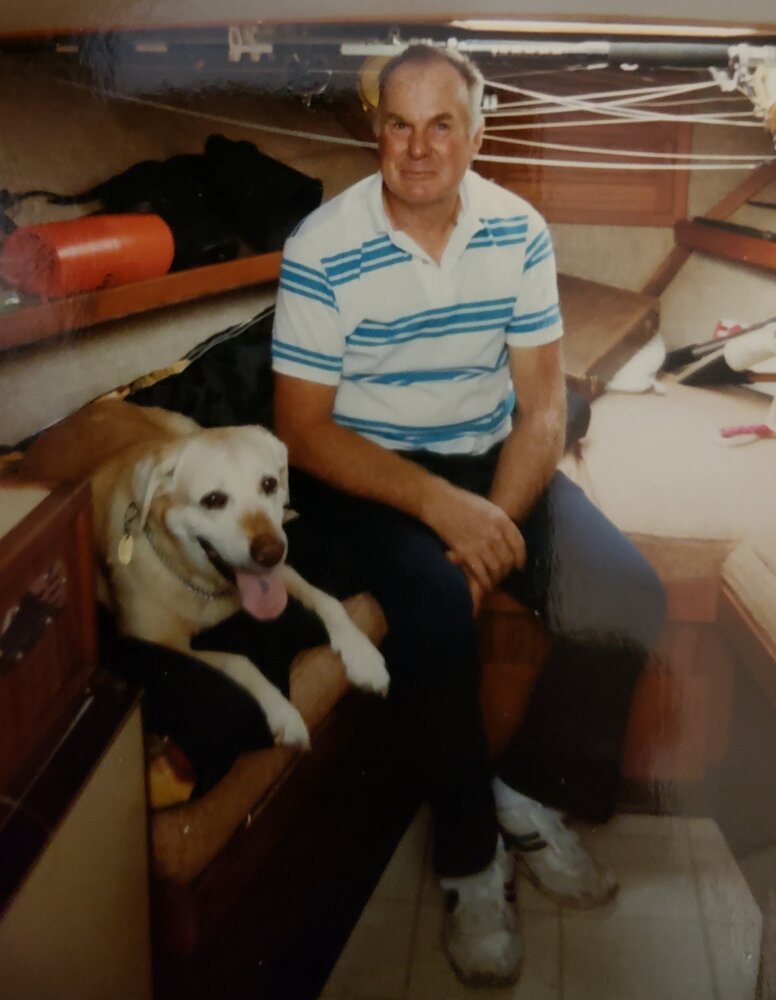 Please share a memory of Ron to include in a keepsake book for family and friends.
View Tribute Book
On September 10, 2022, Ron Abrams was called home to heaven at the age of 88. Ron will be remembered as a thoughtful, kind, caring and a Godly man. He was always around to lend a helping hand to anyone in need. He loved his family, was a loyal friend and an a wonderful neighbor. Out of all his hobbies he enjoyed hunting and fishing with his son, Ron, nephews, Ray, Chucky and friends the most. On December 23, 1933 in Camden NJ, Ron was born to Ruth (Wiegand) and Charles Abrams Sr. He was given the name Norman Ronald by his grandmother. However, Ron never liked his first name and always went by Ron. Ron graduated from Hammonton High School in 1952. He proudly served in the United States Army from 1953 to 1956 and gained the rank of sergeant. After getting out of the Army in 1956 by happenstance Ron was at Clementon Lake Park and encountered the three Gordon sisters and offered them a ride to their home in Camden NJ. This encounter was God's divine plan because Ron met the love of his life Marion "Honey" Gordon. He also accepted the Lord as his personal savior after meeting "Honey". He and Honey married in 1957. In 1958 they welcomed their 1st child, Debbie Lynn and then in 1960 they welcomed their 2nd, Ronald John. Throughout his life Ron worked various jobs New York Shipyard, home remodeling, bike repair shop, as station owner, online sales. However, Ron will be remembered most for his job as "Ambassador/Enforcer" of the Berlin Farmer's Market "outside division". He enjoyed working with his nephew, Anthony "Jody" Cassario . "Jody" was like a second son to Ron. They shared many a laughs and stories together. Ron is survived by his children Debbie and Ronald, his many loving nieces and nephews, his brother-in-laws, Edmund A. Walens Jr, Robert D Gordon Jr. sister-in-laws, Dolores Pancost, Virginia "Ginny" Gordon and his many friends. Predeceased by his wife Marion "Honey", his parents and his brothers and sisters. There will be a memorial service on Friday September 16th at 11 o'clock at Berlin Baptist Church 90 E. Broad St. in Berlin, New Jersey.
To send flowers to the family or plant a tree in memory of Ron Abrams, please visit Tribute Store
Friday
16
September

Share Your Memory of
Ron
Upload Your Memory View All Memories
Be the first to upload a memory!
Share A Memory
Send Flowers
Plant a Tree