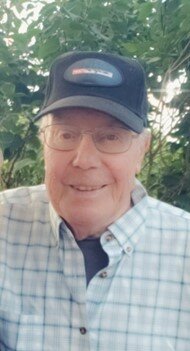 Please share a memory of Kenneth to include in a keepsake book for family and friends.
View Tribute Book
Kenneth (Ken) Robert Lange (1946-2021) Ken Lange, 75, of Franklinville, New Jersey passed away on Sunday September 12th, 2021. Ken graduated from Vineland High School and went on to attend Glassboro State College where he received a bachelor's degree in Education. While in college, he was drafted into the New York Yankees Minor League Organization, and later inducted into the Cooperstown College Baseball Hall of Fame. Ken had a passion for coaching baseball and football (his players will remember “the punt drill”) while teaching Math at Washington Township High School for 38 years. He is survived by his wife of 39 years, Barbara (nee: Stella), his daughters Tracy (Greg) Roagers and Jeni Oyuela (Ed Daley), his grandchildren Nick, Stephanie, Ashley, Hannah, Dakota, and Kaden, as well as 3 great-grandchildren. Ken was an avid freshwater fisherman and in his most recent years, a G gauge outdoor model train enthusiast. His sense of humor could put a smile on anyone’s face. We will all miss him dearly. A memorial service will be held at the convenience of the family.
To plant a beautiful memorial tree in memory of Kenneth Lange, please visit our Tree Store

Look inside to read what others have shared
Family and friends are coming together online to create a special keepsake. Every memory left on the online obituary will be automatically included in this book.
View Tribute Book
Services for Kenneth Lange
There are no events scheduled. You can still show your support by planting a tree in memory of Kenneth Lange.
Plant a tree in memory of Kenneth

Share Your Memory of
Kenneth
Upload Your Memory View All Memories
Be the first to upload a memory!
Share A Memory
Plant a Tree