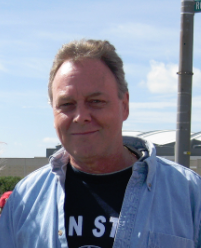 Please share a memory of Stephen to include in a keepsake book for family and friends.
View Tribute Book

Steve was born in Drexel Hill, Pennsylvania where he attended St. Charles grade school.  A scrappy guy who could have been a stunt double for Steve McQueen, he was an excellent baseball player and excelled in football and track as well.  Steve was a guys, guy who the girls all loved.

After his graduation from Upper Darby high school Steve enlisted in the Army, which he made his career.  A proud, dedicated GI, he wore his pride of the Army in how he conducted himself on and off duty.  Steve made life long friends with his Army “buddies” and always looks at them as brothers.  During his time in the Army Steve traveled the world.  His blood line may have originated in Ireland, but he always talked about how much he loved his time living in Italy.

Of all the things that Steve loved to do, nothing brought him more pride and pleasure than spending time with his grandson, Bryce.  He loved playing baseball with him, taking him fishing, and being one of the best Pop Pop a child could ever have.

Steve had a heart of gold and will always be known for his kindness, generosity, and his willingness to help those in need, especially our veterans, no matter what military branch they served in.  He will be deeply missed by his family, friends, and Brothers in Arms.

Services will be at the convenience of the family.

To plant a beautiful memorial tree in memory of Stephen Tynan, please visit our Tree Store

Look inside to read what others have shared
Family and friends are coming together online to create a special keepsake. Every memory left on the online obituary will be automatically included in this book.
View Tribute Book
Services for Stephen Tynan
There are no events scheduled. You can still show your support by planting a tree in memory of Stephen Tynan.
Plant a tree in memory of Stephen

Share Your Memory of
Stephen
Upload Your Memory View All Memories
Be the first to upload a memory!
Share A Memory
Plant a Tree