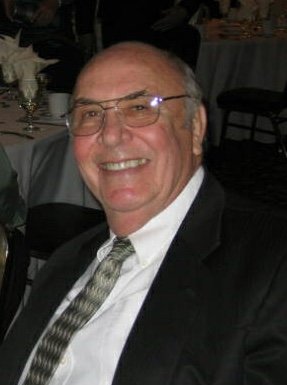 Please share a memory of Ronald to include in a keepsake book for family and friends.
View Tribute Book

BERLIN - Ronald C. Nunnenkamp of Berlin, NJ passed away peacefully surrounded by the love of his family and friends on Friday, June 15, 2018. He was 77 years of age. A lifelong resident of WInslow Township, NJ, Ron was the youngest son of the late Frederick and Una Nunnenkamp of Tansboro. He was devoted to daughters Heather Nunnenkamp and Heidi Daunoras (Jason Sr.) and grandsons Jason Jr. and Jacob Daunoras. He was the brother of Val F. Nunnenkamp, Sr. and his wife Helen (Ehrke), the late Jimmie Nunnenkamp, Sr. and his wife Dolly (Grear), and dear family friend of Geri Buck. He is also survived by six nieces and nephews and their families, including eight grand nieces and nephews, and 11 great-grand nieces and nephews.

Ron tirelessly demonstrated his love of God, Country, and Family throughout his life. Ron’s family and friends were his greatest love. Always there when you needed him, he genuinely cared about everyone. Whether as a father, grandfather, brother, uncle, or friend, he always found time to listen and offer advice. “Uncle Ron” was an original.

A 1958 graduate of Lower Camden County Regional High School, Ron served in the United States Air Force from 1961-1965 as a First Class Electronics Specialist and instructor for the F-105 Thunder Chief fighter-bomber. After discharge, he served as a part time police officer for Winslow Township while operating a small snack food distribution route, during which time he married and welcomed his daughters Heidi and Heather into his world. In 1973 he was appointed the Winslow Township Clerk and subsequently the township’s first Business Administrator in 1985. He served the Township of Winslow as the Clerk/Administrator for a total of 32 years, retiring in 2002.

Throughout his life, Ron’s natural talent and love for people and music brought great entertainment to all who had the pleasure of listening. His musical talents included vocal and instrumental, including several instruments. He never hesitated to share his love of music with others, recording his first song in 1948 and playing music with his older brothers Val and Jim at The Golden Nugget in Tansboro as a teen. Music was a part of his life always.

Relatives and friends are invited to attend visitation on Wednesday, June 20 from 5-8pm and Thursday, June 21 from 9:30-10:30 am at Holy Communion Lutheran Church, Berlin. Services will follow visitation on Thursday at 10:30 am. Interment will take place at Berlin Cemetery under the direction of Knight Funeral Home.

In lieu of flowers, donations may be made to

To send flowers to the family or plant a tree in memory of Ronald Nunnenkamp, please visit Tribute Store
Wednesday
20
June

Share Your Memory of
Ronald
Upload Your Memory View All Memories
Be the first to upload a memory!
Share A Memory
Send Flowers
Plant a Tree