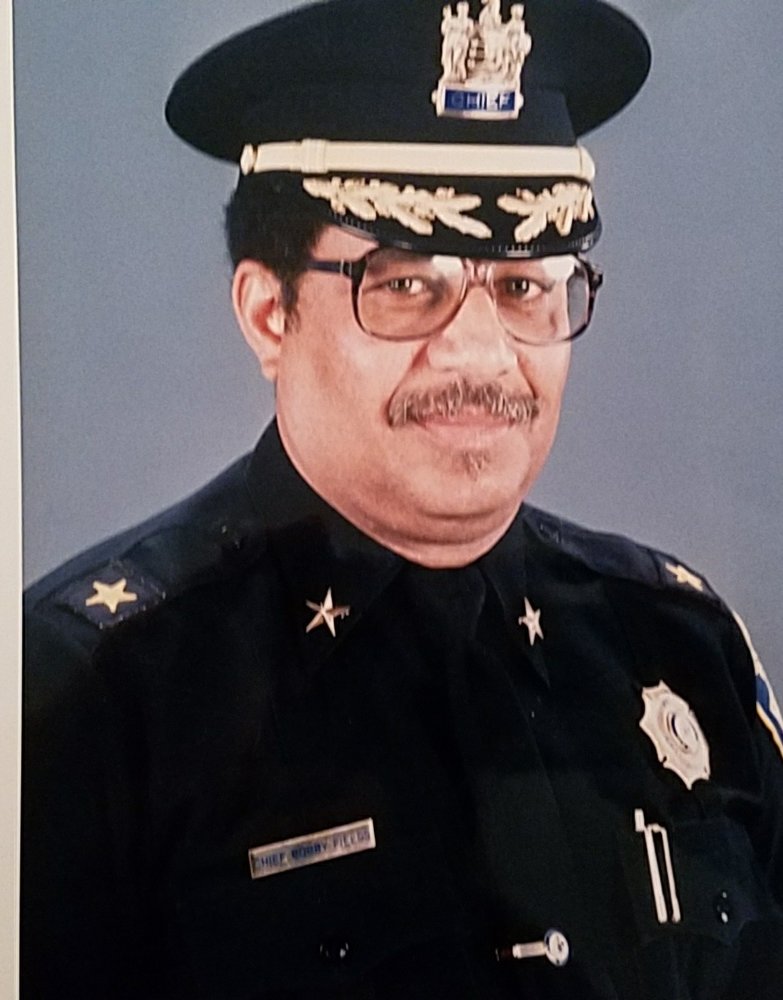 Please share a memory of Bobby to include in a keepsake book for family and friends.
View Tribute Book

Bobby Fields Sr. was born on July 27, 1939 in Philadelphia, PA to the late Leon and Mary Inez Fields. One of 16 children, he enjoyed the love that siblings share with his brothers and sisters- Linwood, James, Andrew, Leon, Edward, Stephen, Anthony, Ruth, Alma, Shirley, Joyce, Barbara, Virginia, Doris, and Sandra. Bobby was raised in the Seventh Day Adventist faith and was educated in the Williamstown Public School system. He was wed to Patricia Hathecock Fields, who preceded him in death, on May 15, 1960 and they resided in Chesilhurst, NJ, where together they raised their three children- Kim, Kelley, and Bobby Jr. He later married Julie Krause Fields on June 27, 2015.

Bobby began his career working at RCA and Lancaster Electric as a skilled electrician, but his true passion was law enforcement. He began his career as a police officer in 1971 and worked his way through the ranks, becoming Chief of Police of Chesilhurst in 1977. Bobby dedicated 34 years of his life to protecting and serving his community. He was a member of the Camden County Police Chiefs' Association and during his term as president worked to make 9-1-1 available in Camden County for its citizens. He also took leadership roles in the South Jersey Police Chiefs' Association, ultimately serving as president. He was a member of South Jersey FOP Lodge #56. Bobby served as president of the New Jersey Association of Chiefs of Police and was Chairman of the Police Advisory Board of the Camden County Communications Center. He was a proud member of the International Association of Chiefs of Police and the National Organization of Black Law Enforcement Executives. He was a member of the South Jersey Bowling Association where he served as president, director, and vice president. In 1986, Bobby worked with the New Jersey State Police and Attorney General Edwards in the Buckle Up For Safety and Kids For Safety programs and was honored for his contribution to the Buckle Up: It's Our Law public service campaign with an award of recognition by the New Jersey Committee for Safety Belt Use. He was a member of the Hiram Masonic Lodge #5 and served as Track Manager for Atco Raceway for many years. Bobby coached Our Lady of Assumption's boys’ basketball team, St. Joseph High School's bowling and golf teams.

Bobby breathed his soul away into his savior's arms on June 8, 2017. Bobby leaves to cherish his memory, his loving children, Kim Hultgren, Kelley (Timothy) Horne, and Bobby (Tara) Fields Jr, and his grandchildren, Alexandra Hultgren, Patrice Horne, Brianna, Bethanne, and Bobbi Fields. He is also survived by his devoted wife Julie, her sons Keith, Mark, and Kyle Haughwout and her grandchildren Sophie, Ragen, and Zoey Haughwout. Bobby also leaves behind his caring siblings, many nieces and nephews, and friends whose lives he has touched.

The funeral service to be held at Williamstown Seventh Day Adventist Church on June 13, 2017 at 11 AM with interment at Gates of Heaven Cemetery in Mount Royal, NJ. Repast will be at the FOP Lodge 56, 235 Pine Avenue, West Berlin, NJ. In lieu of flowers, please donate to the FOP Lodge #56 in Bobby's memory.

To send flowers to the family or plant a tree in memory of Bobby Fields Sr., please visit Tribute Store
Tuesday
13
June

Share Your Memory of
Bobby
Upload Your Memory View All Memories
Be the first to upload a memory!
Share A Memory
Send Flowers
Plant a Tree