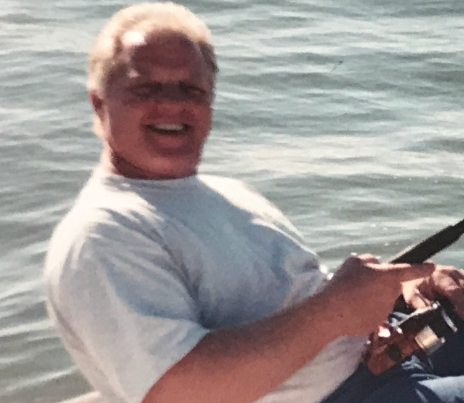 Please share a memory of Fred to include in a keepsake book for family and friends.
View Tribute Book
Romsteadt, Fred M. 68 yrs. West Berlin NJ, April 20th 1949- April 20th 2017 Born in Kansas City Missouri, Fred suddenly passed away on April 20th 2017 in his home in West Berlin. Beloved husband of 47 years to Jane L. Romsteadt (nee Barrett). Devoted father to Dana Romsteadt O’Hara, and Michael and Sandra Romsteadt. Proud grandfather to Caitlyn O’Hara, Abbey O’Hara, Michael F. Romsteadt, and Patrick Curran. Loving brother of Carol and Larry Parish, Barbara and Thomas Revak, Richard and Cindy Romsteadt. Son in law to Dorthy Barrett; Brother in law to William Barrett and Anthony and Karen Mauriello. Also many loving nieces, nephews and cousins. Predeceased by his parents Helen and Fred Romsteadt of Philadelphia, PA. Fred grew up in South Philadelphia and joined the Navy at the age of 17. During his active service, he was awarded the National Defense Service Metal, and Meritorious Unit Commendation Ribbon while sailing the USS Independence, and received an honorable discharge. He worked as an engineer for the Philadelphia Naval Shipyard for 19 years. He was a dedicated family man, loved fishing and was a huge Philadelphia Eagles fan. He was a jack of all trades; he could fix anything and you could always find him tinkering in his workshop. Relatives and friends are welcomed to his memorial visitation on Saturday, April 29th from 9:30 to 11:30am at Knight Funeral Home at 14 Rich Ave, Berlin. A memorial service will follow. In lieu of flowers, donations may be made to the Wounded Warrior Project. No more tears… Just a beautiful memory…Our big fish… Forever Loved, Never Forgotten. Miss you already!
To send flowers to the family or plant a tree in memory of Fred Romsteadt, please visit Tribute Store
Saturday
29
April

Share Your Memory of
Fred
Upload Your Memory View All Memories
Be the first to upload a memory!
Share A Memory
Send Flowers
Plant a Tree