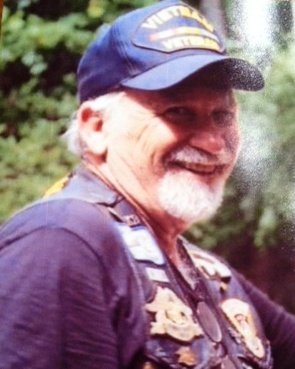 Please share a memory of Ross to include in a keepsake book for family and friends.
View Tribute Book
Spath; Ross H. Went home to be with the Lord on August 13, 2016, age 66 years of Browns Mills, NJ. He is survived by his loving wife Susan F. (nee: Nagle), five children, a brother and eight grandchildren. Ross was drafted into the Army an spent two years in Vietnam during the late 60's to early 70's. His Unit was 101st Airborne known as the "Screaming Eagles". After the war Ross joined the Police Academy and became a Camden City Police Officer. Once his police years were finished he started several businesses and currently owned a successful lawn service "A Plus Lawn Service". Ross has been active in his church as an Eucharistic Minister, a Prison Minister, an usher, carnival member, Holy Name Minister and also ran the church bingo. Several years ago Ross became involved with the "Warrior Welcome" where he would ride his motorcycle with other members to welcome home soldiers all over our area along with Gold Star Mothers and the Yellow Ribbon Group. He then began to help the "Run for the Fallen," this is where each soldier who died in the current wartime, has a mile marker dedicated to them and a flag and biographic card is presented to their family members from Cape May to Holmdel, NJ. Ross was also an animal lover, he especially loved his two dogs, Max and Willow. A Mass of Christian Burial will be held Tuesday, August 23, 2016 at 11am at St. Ann's Church, 22 Trenton Road, Browns Mills, NJ 08015, where family and friends may call 9:30am. Inurnment Gate of Heaven Cemetery, Berlin, NJ 08009. In lieu of flowers, donations may be made to Run for the Fallen, 27 Evergreen Drive, Browns Mills, NJ 08015.
To send flowers to the family or plant a tree in memory of Ross Spath, please visit Tribute Store
Tuesday
23
August

Share Your Memory of
Ross
Upload Your Memory View All Memories
Be the first to upload a memory!
Share A Memory
Send Flowers
Plant a Tree